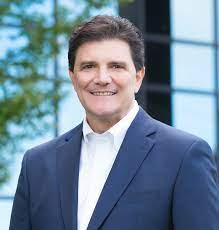 Gary Salamido is the CEO and President of the North Carolina Chamber. With decades of experience representing North Carolina business interests, Gary led the Chamber’s lobbying, advocacy and political efforts serving as CEO and acting president since 2018, then president and CEO in 2019.

The North Carolina Chamber of Commerce is recognized as a leading business advocacy organization in the beautiful Tar Heel State. The organization works the legislative, regulatory, and political arenas to proactively drive positive change, ensuring that North Carolina is one of the best places in the world to do business.

Gary’s leadership in advancing policy at the North Carolina Chamber has helped propel the state to the top of a number of best-in-business rankings. North Carolina is a growing manufacturing hub due to pioneers such as Mr. Salamido leading the state’s efforts to grow its manufacturing sector Salamido joined the organization in 2011 as vice president of government affairs and was named president in 2018.

Prior to joining the NC chamber, Salamido worked at GlaxoSmithKline for 19 years, including a decade as director of state government affairs during his last 10 years with the company. His responsibilities spanned issues such as corporate taxes, economic and workforce development and environmental impact.

Begin typing your search above and press return to search. Press Esc to cancel.